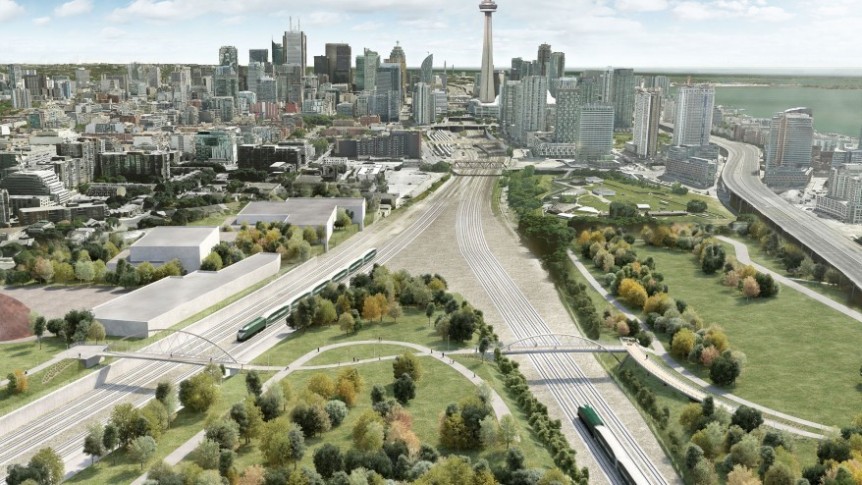 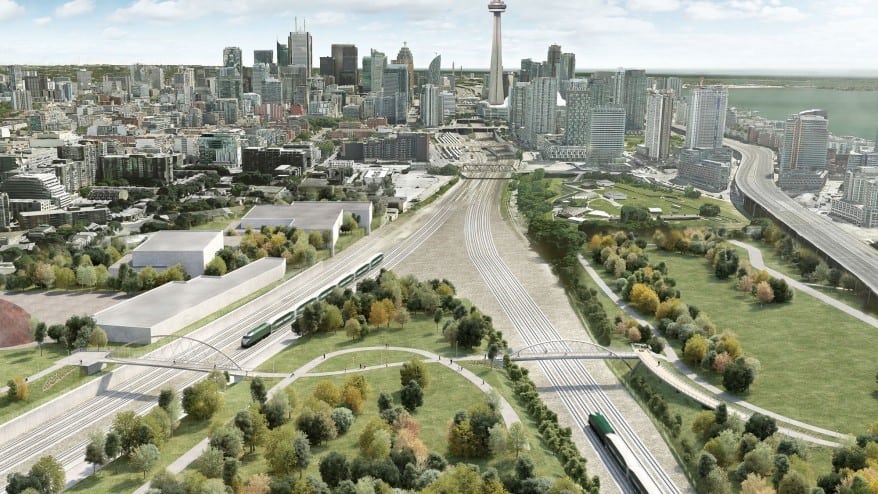 “It’s an integral part of the city’s plan to revitalize and connect up the waterfront,” said Toronto Mayor John Tory, as well as “an investment in connecting our community together and creating a vibrant, mobile, livable downtown core.”

View of bridge and Garrison Point beside Ordnance Park Triangle, via Build Toronto

Located within the current site of Greybrook’s Garrison Point development, Ordnance Triangle Park will link existing and future parkland on the north and south sides of the rail corridors. However, Ordnance Triangle Park also laid crucial groundwork for the bridge project by developing infrastructure for the parkland and pedestrian/cycling access as part of Garrison Point’s original designs.

Expected to not only improve access between park spaces and the waterfront, Mayor Tory stated “It’s going to open up a whole new network, not just for getting around, but also for celebrating the rich history of our city and the culture that is Toronto.”