“Job creation has actually been quite strong in Toronto in recent quarters when compared to the national average,” National Bank Financial chief economist Stéfane Marion stated. Royal Bank of Canada also cites the Ontario labor markets in its recent forecast, as rising property values have been matched by employment gains, particularly in the Toronto area. 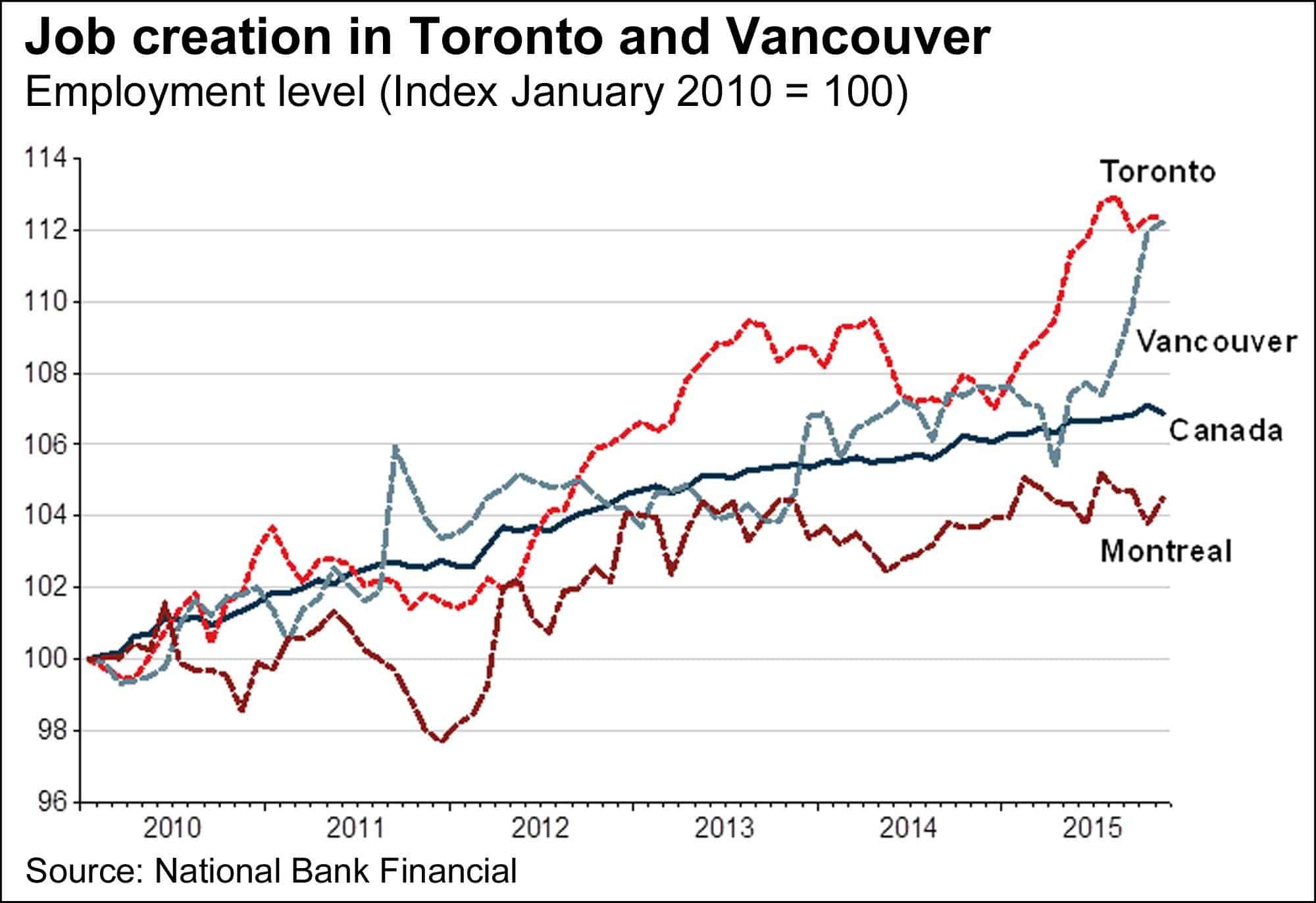 A steady influx of new Canadians has also attributed to the housing boom, and according to a research note from Stéfane Marion, “Large inflows of permanent immigrants (about 240,000 in the past year) coupled with the misfortune of commodity-producing regions have redirected inter and intra-provincial population migration flows towards Toronto and Vancouver.”

This analysis is also supported by Re/Max in their market outlook report, which states that “New Canadians and foreign investors continued to be an important demographic of buyers in Toronto, Vancouver and Montréal. Attracted to Canada’s stable economy and low Canadian dollar, this trend is expected to continue through 2016.” Re/Max also projected a 2.5% increase in average housing prices across the country this year.