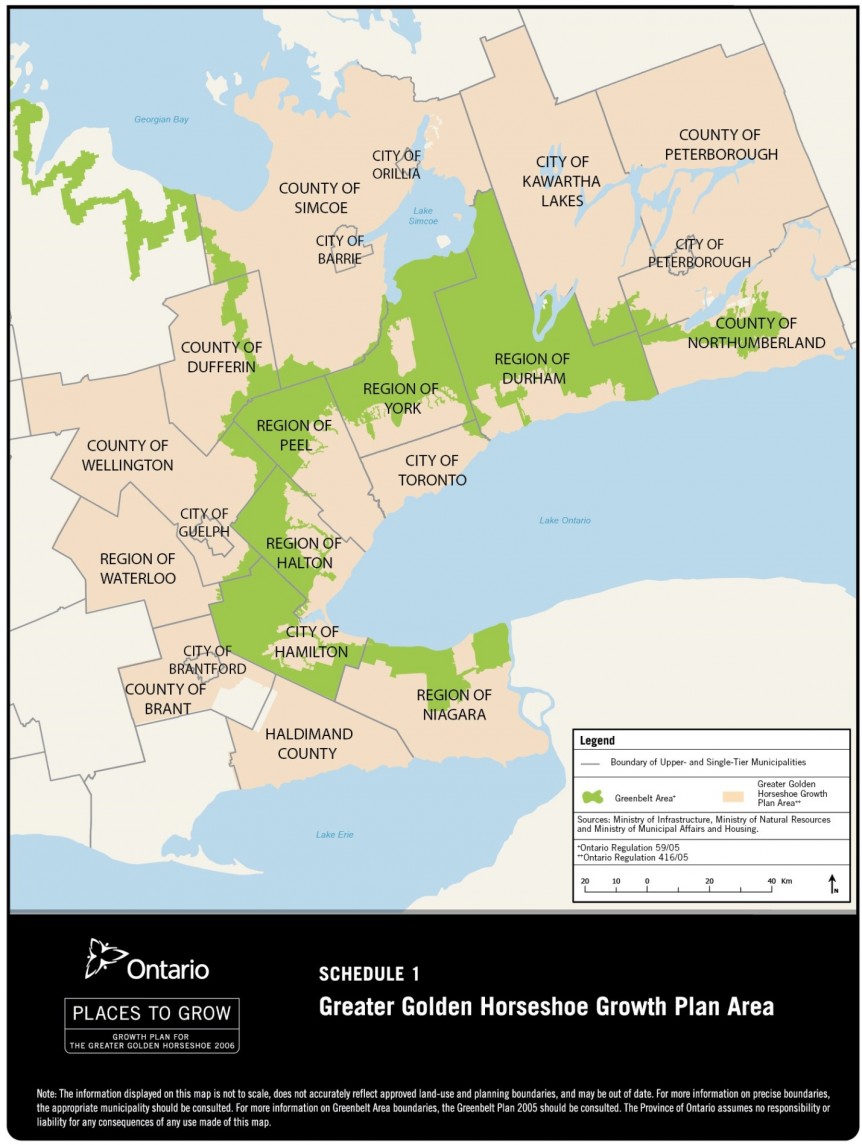 Home to 26% of the population of Canada and one of the fastest growing regions in North America, the densely populated Greater Golden Horseshoe (GGH) region spans Southern Ontario along the coast of Lake Ontario to Lake Erie in the south and Georgian Bay up north.  While the Greater Toronto Area makes up the largest part, the GGH starts at Niagara Falls, spreads southwest to the Brantford and Kitchener-Cambridge-Waterloo regions, trails north up to Barrie and then crosses east to Peterborough to cover roughly 33,500 square kilometers.

Despite the environmentally protected Greenbelt encompassing approximately 22% of the GGH, the region’s population is expected to grow to 11.5 million in 2031 – up from the 8.1 million residents reported in a 2011 census.

The Ontario Ministry of Municipal Affairs and Housing’s plan for the region details the effect ongoing improvements and development will have in the future:

More than anything, the Greater Golden Horseshoe (GGH) will be a great place to live in 2041. Its communities will be supported by the pillars of a strong economy, a clean and healthy environment and social equity.

The region will be supported by modern, well-maintained infrastructure built in accordance with a broad plan for growth. Residents will have easy access to shelter, food, education and health-care facilities, arts and recreation and information technology.

Getting around will be easy. An integrated transportation network will allow people choices for easy travel both within and between urban centres throughout the region. Public transit will be fast, convenient and affordable. Automobiles, while still a significant means of transport, will be only one of a variety of effective and well-used choices for transportation. Walking and cycling will be practical elements of our urban transportation systems.

The Greenbelt, including significant natural features, such as the Oak Ridges Moraine and the Niagara Escarpment, has been enhanced and protected in perpetuity. These will form the key building blocks of the GGH’s natural systems. The GGH’s rivers and streams, forests and natural areas will be protected and accessible for residents to enjoy their beauty. Open spaces in our cities, towns and countryside will provide people with a sense of place.

The Greater Toronto and Hamilton Area (GTHA) will be a thriving metropolis with an extraordinary waterfront. At the heart of this metropolis will be Toronto, a celebrated centre of influence for commerce, culture and innovation.

All of this will translate into a place where residents enjoy a high standard of living and an exceptional quality of life.

Learn more about the GGH and the Places to Grow Plan here.
View the 2006 Census for more population information. 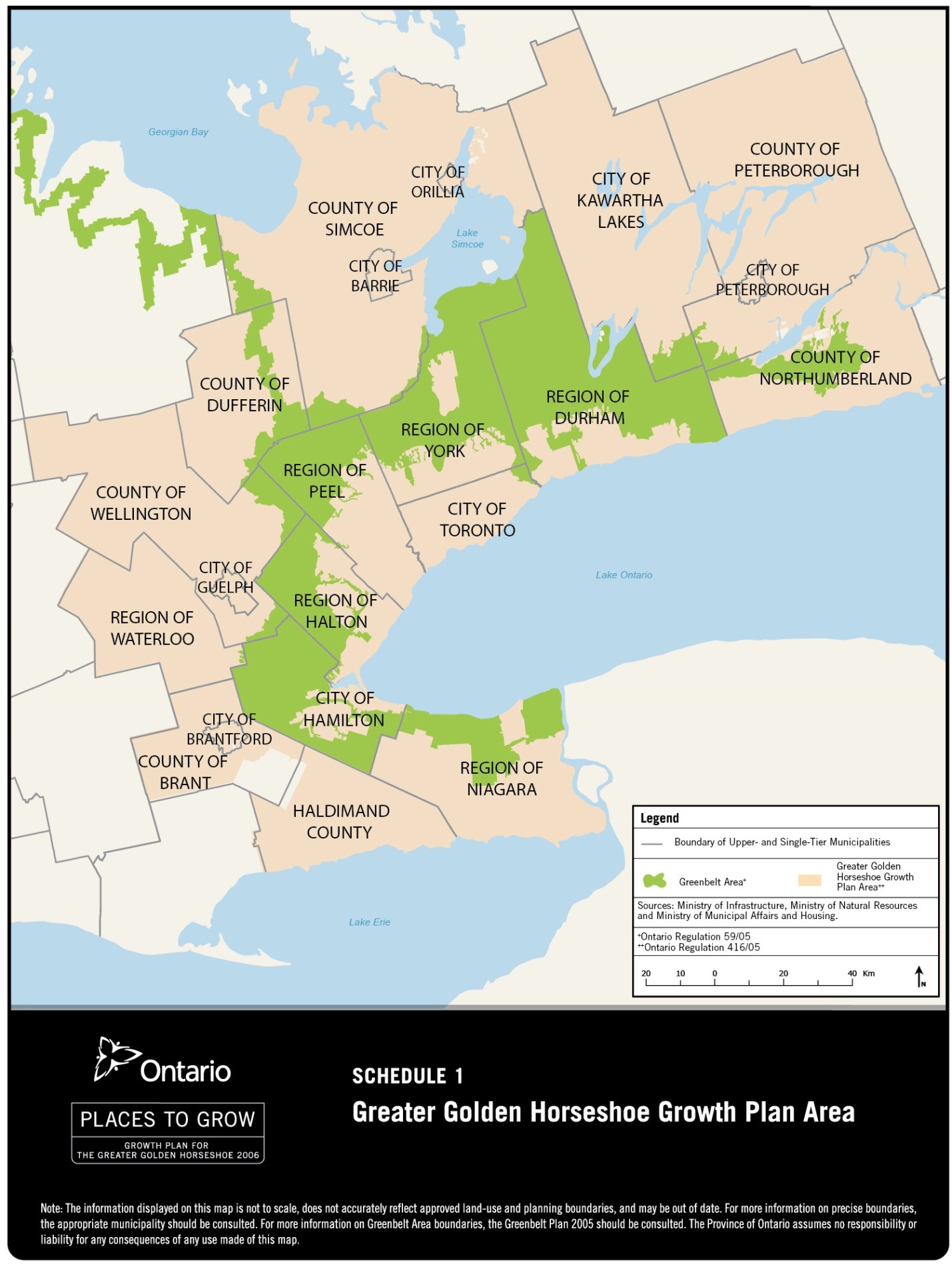