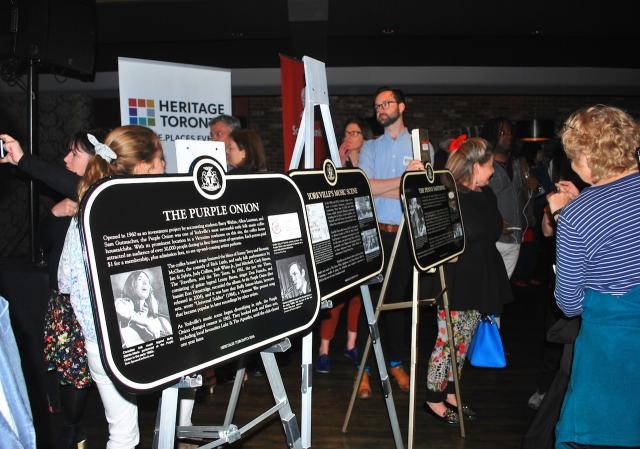 One of Toronto’s most successful folk music coffee houses will be memorialized in a Heritage Toronto plaque to be placed on the historic Victorian row-house that will be saved as part of the 140 Yorkville development. The Purple Onion opened in 1960 and hosted acts including comedian Rich Little, Carly Simon, and The Travellers at the venue’s Avenue Road and Yorkville Avenue location.

The plaque was among three unveiled earlier this week to commemorate the Yorkville music scene in the 60s. Guests at the Heritage Toronto event included Gordon Lightfoot, former Mayor Barbara Hall, Gee Chung from The Greater Yorkville Residents’ Association, and Ward 27 Councillor Kristyn Wong-Tam, and attendees were treated to a performance of “This Land Is Your Land” by the founding member of The Travellers, Jerry Gray. 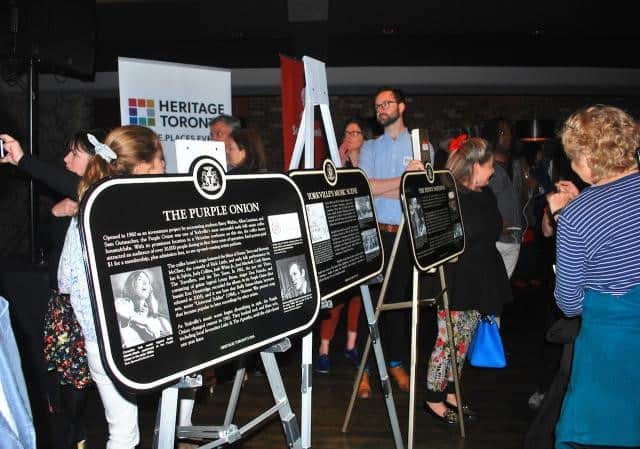 Image: The plaques are unveiled. Image by Marcus Mitanis, via UrbanToronto

Read more about the event and the Heritage Toronto plaques on UrbanToronto.