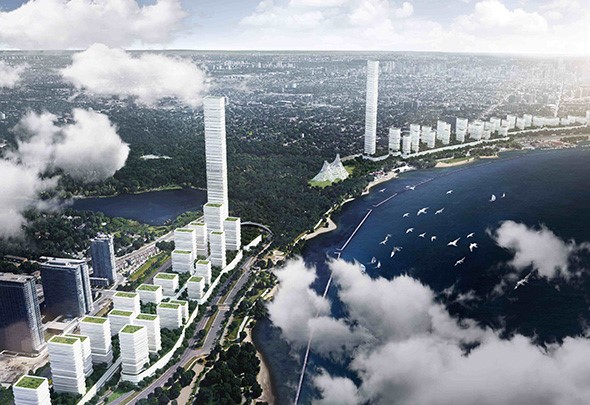 The future of The 6 looks bright, according to a recent BlogTO article that explored some of the ways Toronto might change over the next 34 years. While there are many variables that would affect how the city looks in 2050, here’s a conservative look at how it could change based on the stats we have today.

Population numbers are expected to rise up to 4 million people within the city and 10 million within the GTA, which highlights the need for infrastructure and transit updates to accommodate the influx of residents. High-density developments like condos will continue the urbanization of the city centre and beyond, with residential development of land currently zoned for other uses in areas such as the Lower Port and Don Lands to accommodate the growing populace.

The waterfront will benefit from such rezoning, with several mixed-use community developments planned from East Bayfront’s residential towers and lakefront promenade to the conversion of Ontario Place to an urban park, providing the city with several inviting lakeshore spaces.

In order to move such a large population from place to place, we expect to see the rise of pedestrian and cyclist friendly streets, making current transit more efficient, adding new lines such as the Eglinton Crosstown and the Toronto York-Spadina Subway Extension, and reducing the amount of vehicle traffic in the downtown core by making the area a destination instead of a thoroughfare. 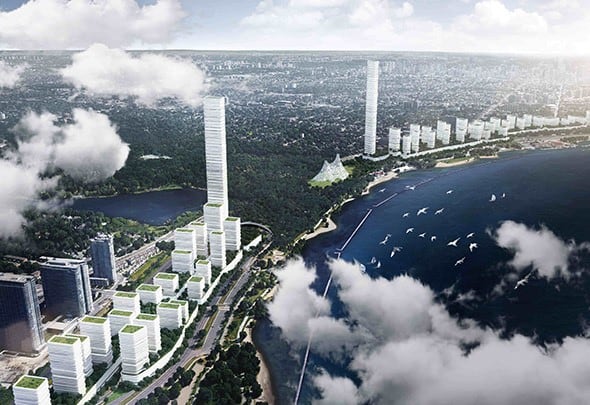 Image: rendering of what Toronto’s shoreline could look like in 2050, via BlogTO