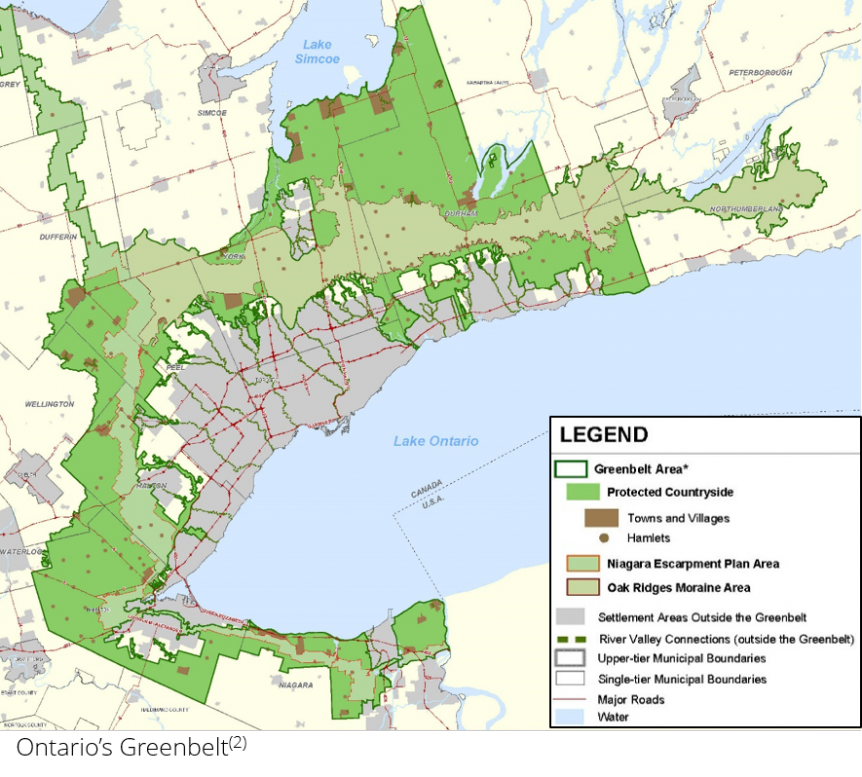 In conjunction with our 2016 GTA Market Report, available to Greybrook investors, we will be exploring through a 4-part blog series some critical forces that are currently driving growth of the GTA real estate market.

In our 2016 GTA Market Report we discuss the residential intensification or “Manhattanization” of Toronto and its surround areas due to both physical and legislative constraints. The restrictions imposed on the City to the south by the natural barrier of Lake Ontario, along with Ontario’s ever-expanding legislative Greenbelt wrapping the north, east and western boundaries, result in an island-effect on the Greater Toronto Area (GTA) and the Greater Golden Horseshoe (GGH) region. 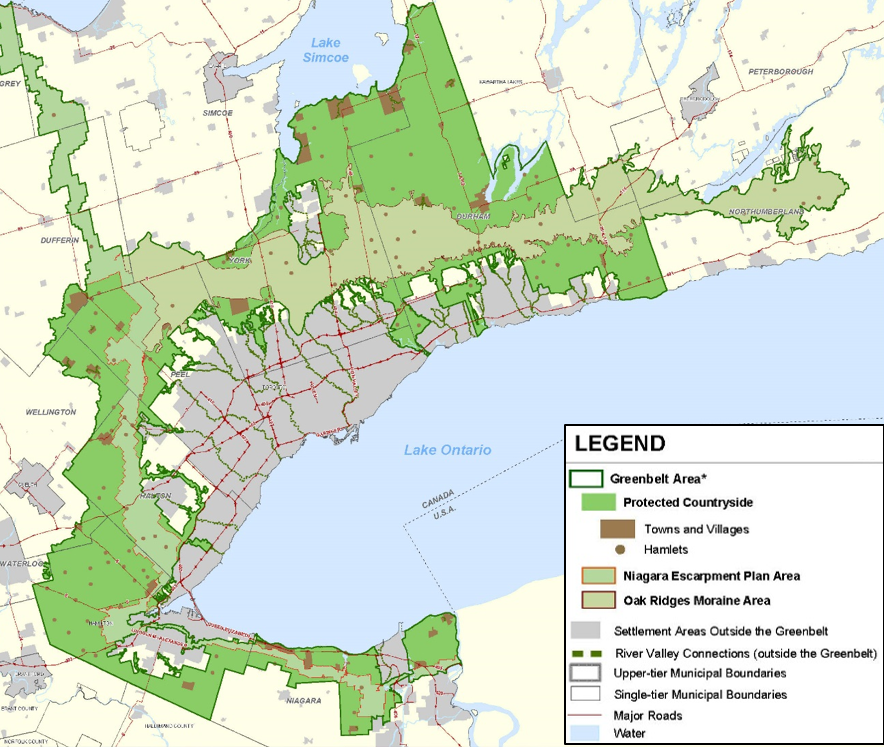 Currently, the Greenbelt contains almost two million acres of protected land, including the Niagara Escarpment, Oak Ridges Moraine and the land known as “Protected Countryside” that lies at the centre of the GGH. This protected area has had a profound impact on the region, as it has restricted the availability of developable land in the GTA and GGH.

Recently, the province has proposed to further expand the Greenbelt and other changes to land use policies in order to address the region’s steady population growth. Proposed changes also found in the Planning for Health, Prosperity and Growth in the Greater Golden Horseshoe: 2015-2041 report included increasing intensification targets from 40% to 60% for new residential developments that occur in existing built-up areas; but as restrictive land use policies push for greater density, developable lands zoned for low-rise development in and around the GTA and GGH is and will become increasingly scarce and as a result, more valuable.

The land scarcity has not only caused a diminishing supply of developable low-rise lands, but it has also significantly reduced the stock of new home inventory across the GTA. Despite record high home sales throughout 2015 and early 2016, the overall inventory of new homes remaining in the GTA is hovering at a 5-year low. Urbanation reports that “Strong demand combined with a decline in new openings decreased unsold inventory in new developments by 16% to 15,598 units since last year, including a 22% decrease recorded in the former City of Toronto (pre-amalgamation).”

In summary, this diminishing supply of developable lands, particularly low-rise lands, due to legislation is a critical force affecting the current GTA real estate market. In the next part of this series we will examine housing demand and population in the region. To learn more about our 2016 GTA Market Report, please contact your Greybrook Investment Representative.