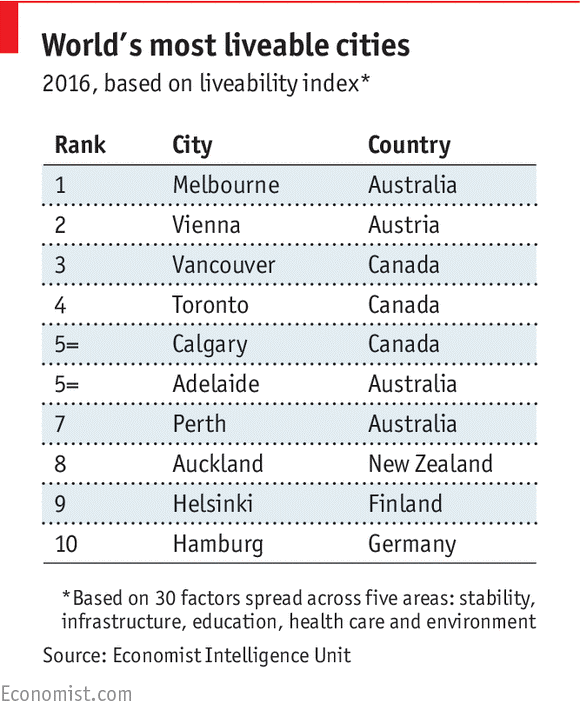 Toronto placed fourth on The Economist’s 2016 ranking of the world’s most livable cities, an attempt to compare and quantify the best and worst living conditions through a liveability index. This index is based on 30 factors (or indicators) spread across five categories: stability, infrastructure, education, health care and environment. Each category is weighted differently based on the number of indicators, which includes factors such as availability of private healthcare, food and drink, and threat of terror (which led to cities like Paris being ranked as less liveable) to calculate a city’s overall liveability score.

Toronto has maintained fourth place for several years now, and has an overall rating of 97.2 out of 100 on the 2016 liveability index. An infrastructure rating of 89.3 is to blame for the City’s less than perfect score, although planned improvements to public transportation as well as pedestrian and cyclist access should help increase the average in the future.