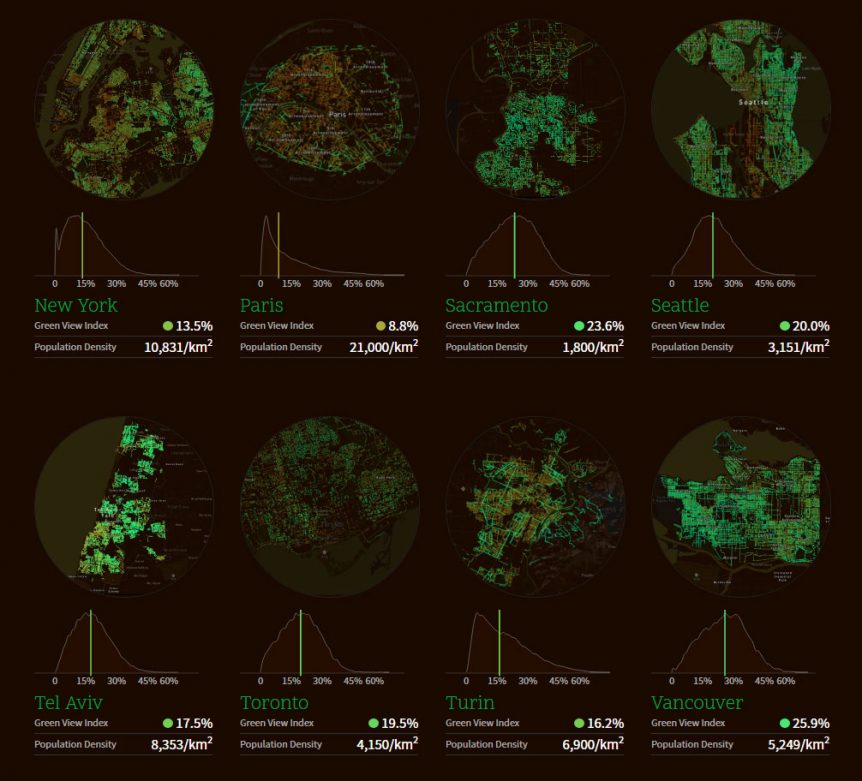 According to Treepedia, a new platform designed by researchers at MIT’s Senseable City Lab, Toronto is one of the greenest cities in the world with a 19.5% Green View Index (GVI). Paris may be “The City of Light”, but the French capital city boasts a meagre 8.8% GVI in comparison to Toronto’s lush green space.

Treepedia uses Google Street View data to measure the urban Green Canopy of major cities and calculate GVI based on human perception of the environment from street level. An innovative approach to monitoring green canopy coverage beyond existing satellite imagery, Treepedia encourages communities to take action and protect and promote green canopy cover. Twelve cities across the globe have been analysed thus far, with more to come as data is compiled.

Learn more about Treepedia and how a city’s GVI is calculated on their website. 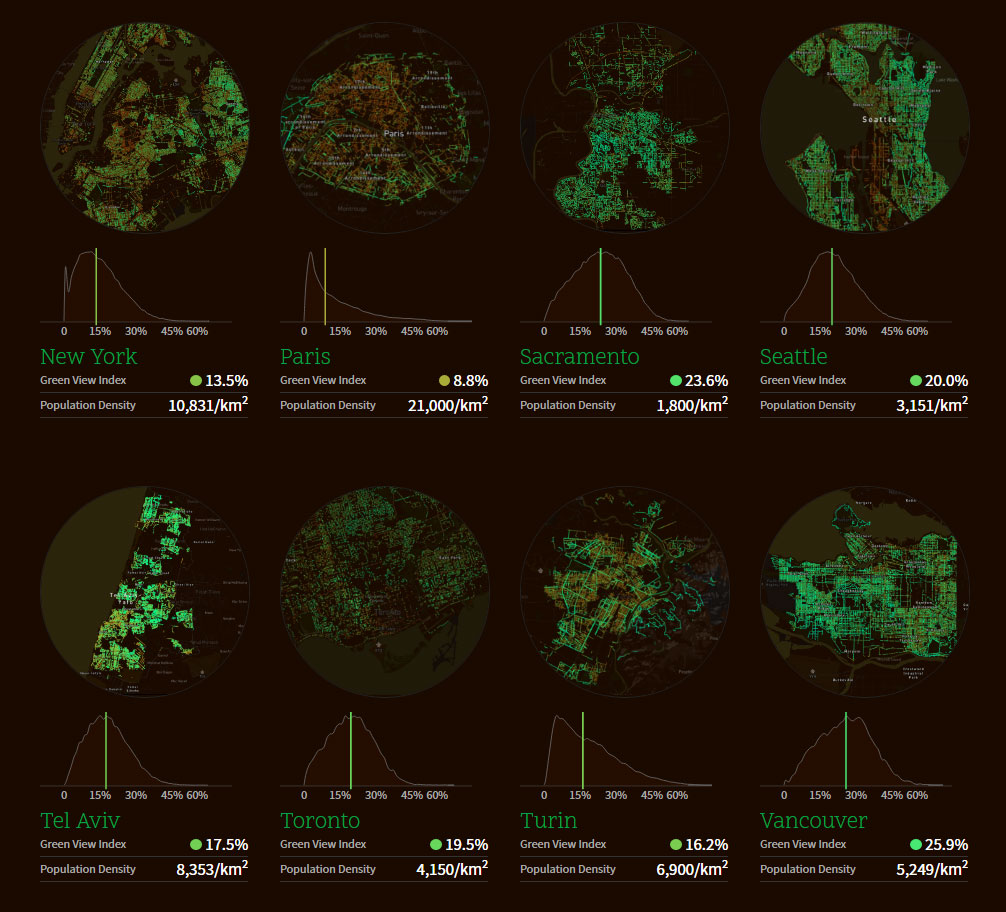