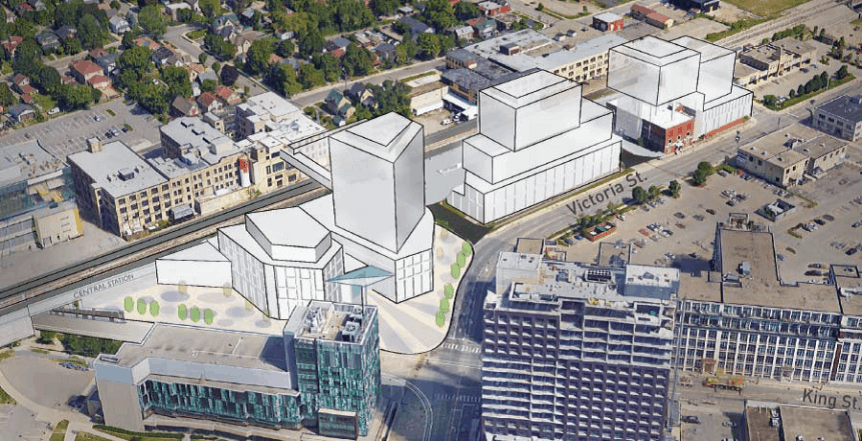 A new high speed rail (HSR) line along the Toronto-Windsor corridor and the new King Victoria Transit Hub (Central Station) are two forthcoming projects intended to improve transit to and from the Kitchener/Waterloo region.

The Government of Ontario announced earlier this month that the province is moving ahead with preliminary design work on the HSR project and investing $15 million towards a comprehensive environmental assessment. The province will establish a new governing body to oversee the project, which will be the first rail transformation of this magnitude in Canada. HSR trains reach speeds of up to 250 kilometers per hour, cutting travel times between Toronto and Winsor from four hours to just over two. Some proposed stops on the line include Kitchener-Waterloo, Guelph, and Toronto, including a connection to Pearson International Airport.

Meanwhile, the Region of Waterloo has begun the request for qualifications (RFQ) phase of the King Victoria Transit Hub project, intended to compile a short list of applicants comprised of private developers for the final request for proposal. Located at the northeast corner of Victoria Street and King Street in downtown Kitchener, the Hub will connect Grand River Transit (local buses), ION (light rail), GO trains, VIA rail, inter-city buses, taxis, pedestrians, cyclists and eventually the Toronto-Windsor HSR line. The buildings on the Transit Hub site would include retail stores, offices, condos and apartments, as well as the transit hall, ticketing and waiting areas, bus bays, passenger pick-up and drop-off, taxi stands and 100 parking spaces for GO and VIA Rail users.

These transit enhancements will improve connections to the region, including our neighbouring Storybrook in Town of Fergus and Cambridge Greybrook developments, in addition to providing convenient, speedy access to downtown Toronto.

Learn more about the High Speed Rail in Ontario in the Special Advisor’s Final Report.

Learn more about the King Victoria Transit Hub on the Region of Waterloo site. 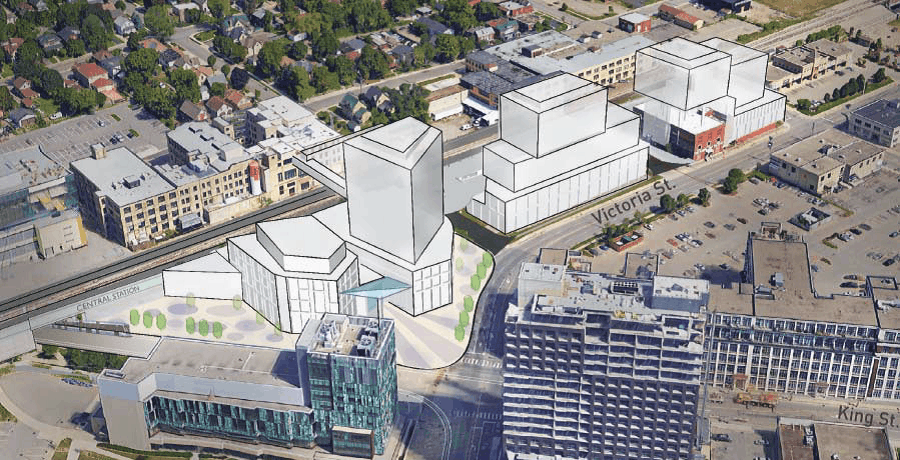