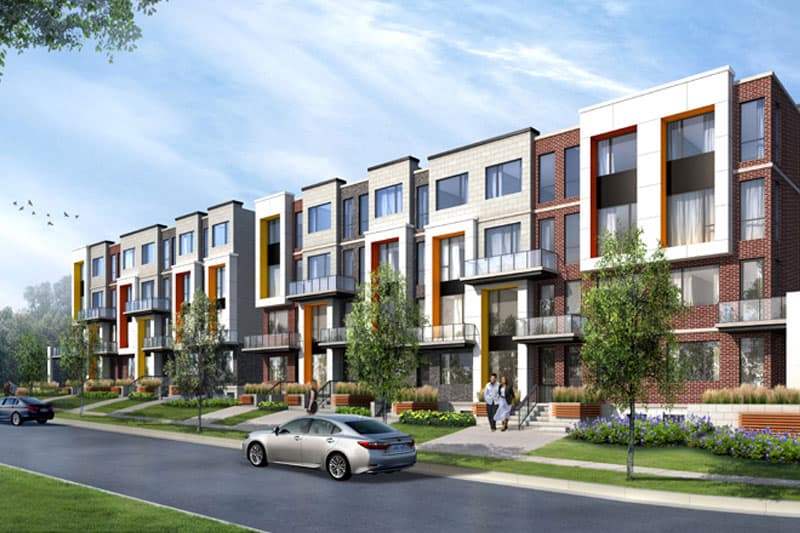 Lack of available housing supply in the Greater Toronto Area (GTA) may not be news to most, but a recent report by the Canadian Centre for Economic Analysis (CANCEA) found that the region is specifically missing “gentle density” homes, such as semi-detached, row homes, townhomes, multiplexes, and courtyard apartments. These types of housing offer more affordable ground level family friendly units compared to single-detached homes, as well as significantly more space than the average condominium units.

The “Understanding Ontario’s Housing Affordability Challenge: A Big Data Evolution” report discovered that  45% of GTA residents live in detached homes, 35% in apartments and only 20% live in the “missing middle” comprised of gentle density homes. Meanwhile, one in eight Ontario residents have too few bedrooms for their needs, and there are five million empty bedrooms in the province.

Zoning policy is a major contributing factor to the lack of gentle density housing, as roughly 60% of residentially zoned lands in City of Toronto only allow for the development of detached homes. With the average detached home in the city selling at over $1.2 million according to TREB’s May report, this leads to families being forced into less than ideal housing options or relocating outside the city.

Greybrook is proud to be able to bring to market several gentle density developments within the GTA that will help address supply needs, including Lower JCT., Towns of Cornell, Downsview Park Towns, Mississauga Collegeway & Millway, Riverside in Pine Grove and many more. The Way – Millway Project Officially Sold Out in Mississauga Construction & Occupancies at Towns of Cornell