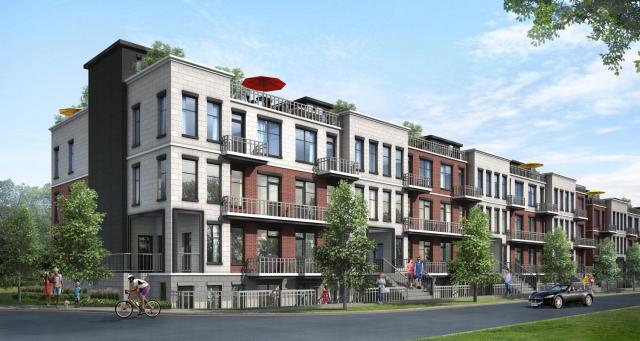 The latest block of Greybrook and Stafford’s Downsview Park Towns development was recently featured in an article on UrbanToronto. Branded “City Towns”, the Turner Fleisher Architects designed 4.5 storey condominium complex is comprised of 27 suites, including several multi-level layouts “designed to replicate the quality of space found in single-family homes.” Units in City Towns range between 1,122 and 1,652 square feet and will complement the previously announced 205 luxury townhomes in the Downsview Park Towns development. 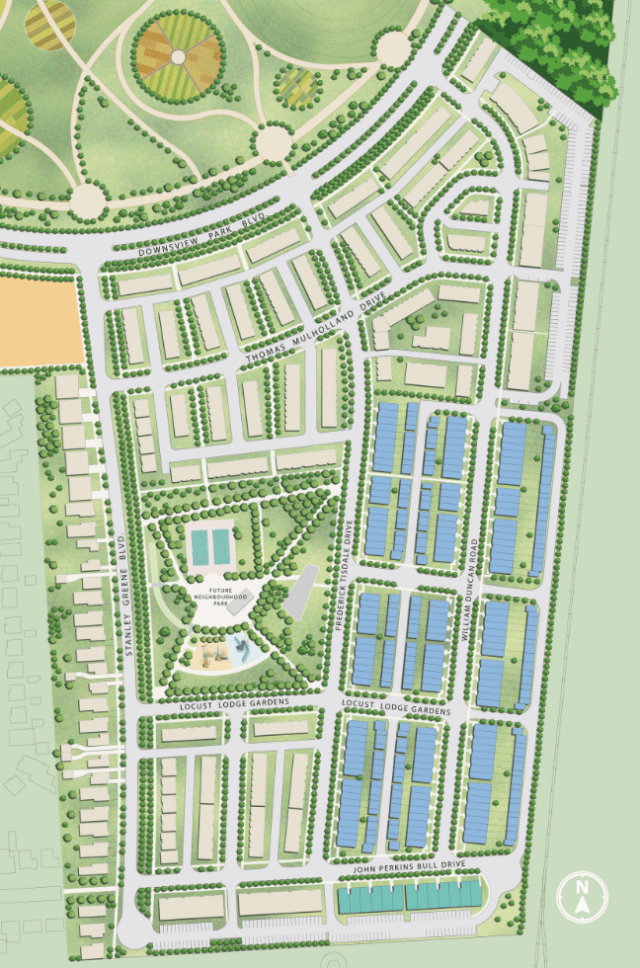 The newly designed neighbourhood features a residential park in the middle of an innovative street grid oriented towards providing residents with ample green space. At the east end of the site, “The James” will occupy the block with a three-storey townhome design. West of the “The James” will be “The Cooper,” a four-storey townhome configuration. Both will include private backyards and a balcony connected to the second-floor master bedroom. These modern designs will provide the development with a contemporary layout and look, bringing character to this fast-growing pocket of the city. 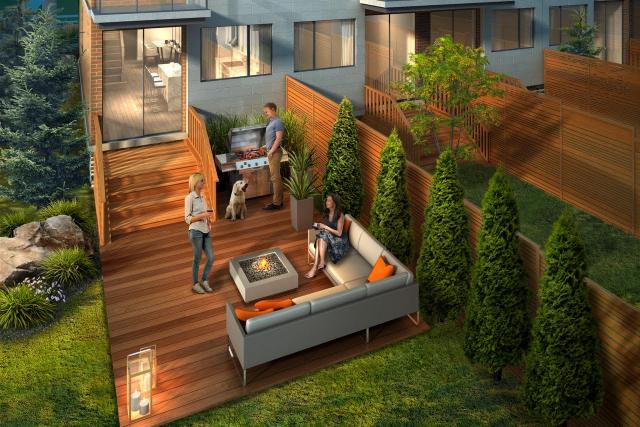 Read the full article about Downsview Park Towns on UrbanToronto.