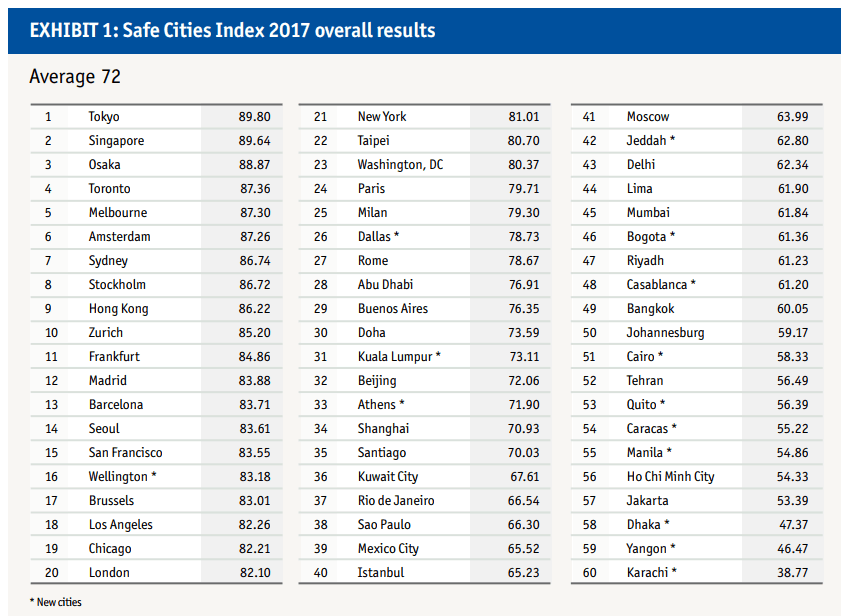 Toronto led the pack of North American cities in The Economist’s 2017 Safe Cities index, which evaluates and ranks 60 global cities across four categories of security: digital, health, infrastructure and personal. While the Safe Cities Index measures relative rather than absolute safety, there does not appear to have been a vast improvement in overall levels of safety since the 2015 report. However, Toronto’s ranking jumped from 8th in 2015 to 4th in 2017, highlighting how the Canadian city has provided some stability in a rapidly changing world.

The report also touched upon how developments in smart city and green technology help cities address infrastructure safety concerns such as climate change and natural disasters. For example, a simulation study in Toronto predicted that if half the city’s roof surfaces were green, irrigated roofs, it would reduce temperatures across the entire city by 1-2 degrees Celsius.

Read the full Safe Cities Index for 2017 on the Economist’s website.