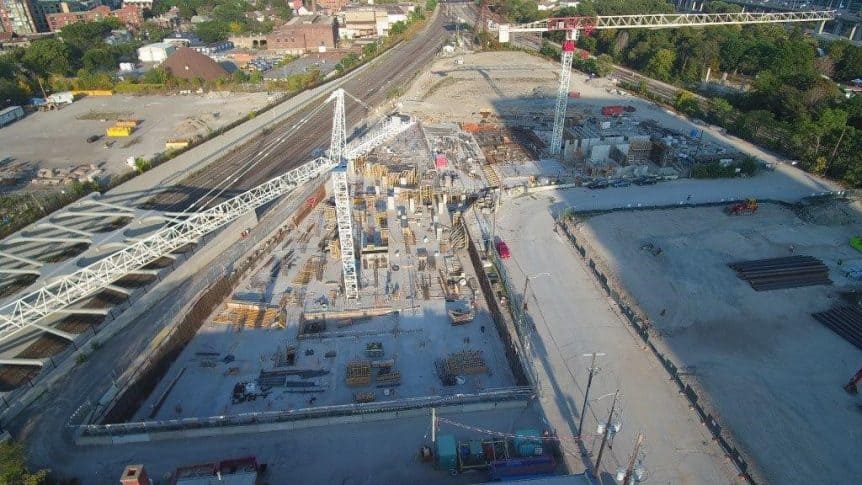 Construction at our Garrison Point site continues to progress well since our last update. Forming of the underground garage of the South Tower is now substantially complete. The ground floor is almost completely formed (about 85%), approximately 40% has been poured, and vertical formwork from the ground to second floor began at the end of August.

With respect to the North Tower, the slab on grade P3 and the P2 suspended slab are complete, with approximately 50% of the P1 suspended slab completed and vertical formwork from P1 to the ground floor ongoing since the end of August.

Mechanical and electrical contractors have commenced work on site and are following behind the formwork contractor. Images below show the construction progress to date. 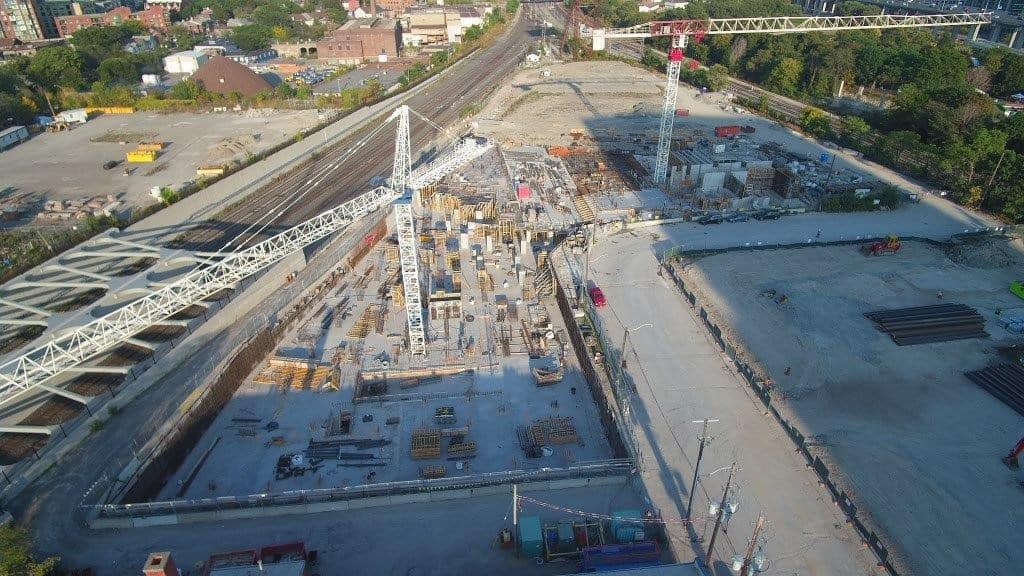 Image: East view of site as of September 2017 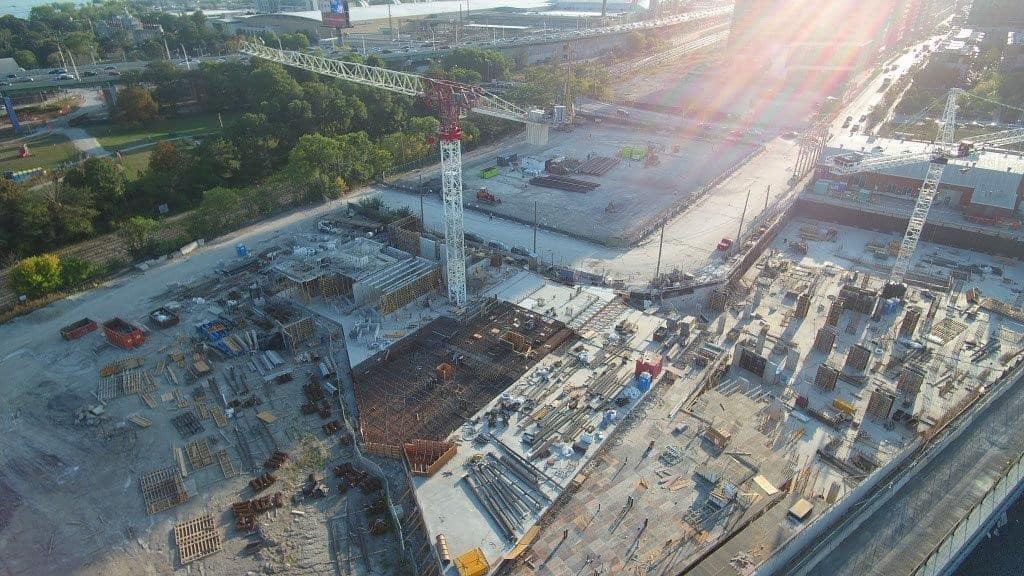 Image: Southwest view of site as of September 2017