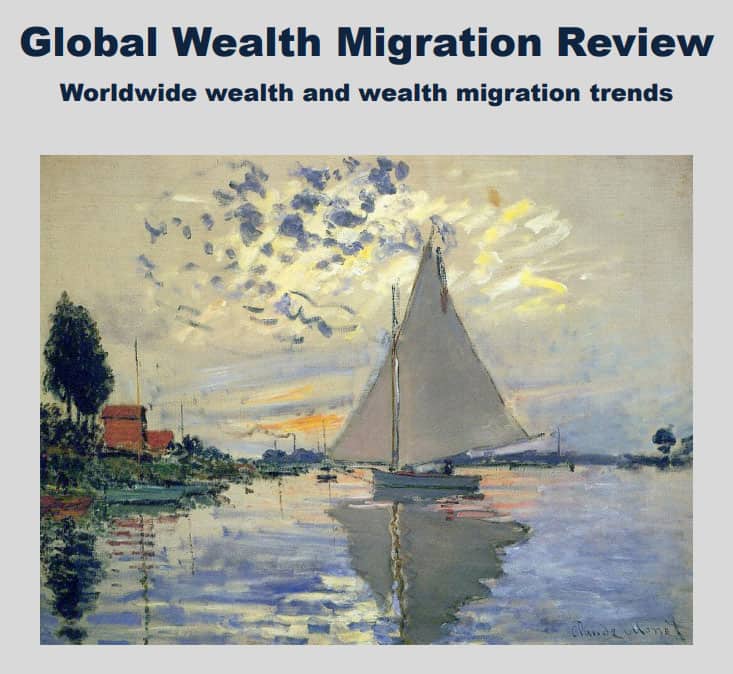 New World Wealth’s (NWW) 2018 Global Wealth Migration Review (which ranks the collective wealth of individuals in the city with net assets of $100,000 USD or more), ranked Toronto as the 13th wealthiest city on the planet. According to the South African based market research firm which specializes in tracking the wealth migrations of over 150,000 high-net worth individuals (HNWIs) worldwide, an estimated USD $944 billion in total wealth is held in the city of Toronto. Total wealth is defined as including all of the individual’s assets (property, cash, equities, business interests) less any liabilities and excluding any government funds.

NWW believes wealth to be a far better measure of the financial health on an economy than GDP, which, among other factors, can count items multiple times, disregards income levels in a country, and ignores the efficiency of the local stock market in retaining wealth in a country. Canada performed well overall in 2017, ranking as the 8th wealthiest country worldwide, an increase of 11% from 2016 to 2017 and boosted by steady HNWI migration into Vancouver, Toronto, Calgary, and Montréal. Toronto is the only Canadian city to have made the top 15 wealthiest cities list, illustrating the continuing demand for luxury product such as Greybrook’s Avenue & Park and Scollard developments.