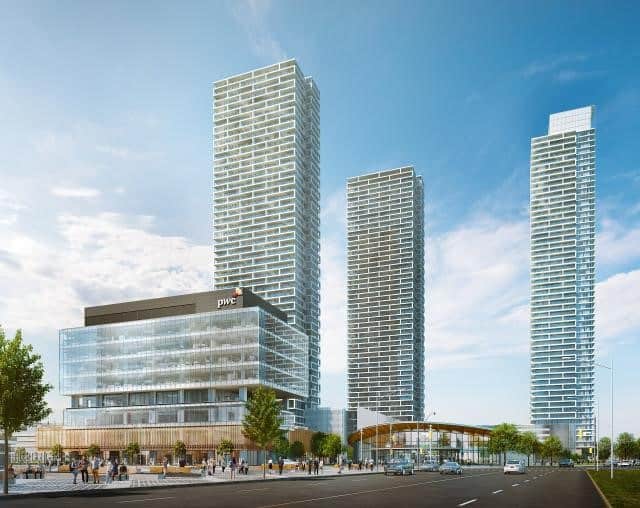 It might have seemed ambitious in 2009, but nine years later, the proposed downtown Vaughan Metropolitan Centre subway station and surrounding developments are becoming a reality. Construction is underway on several major projects, including the Vaughan Centre PwC Tower, which, in addition to serving as the new regional headquarters for the firm, will also house a new YMCA, a 10,000 square foot public library branch, and a City of Vaughan Studio Dance Space.