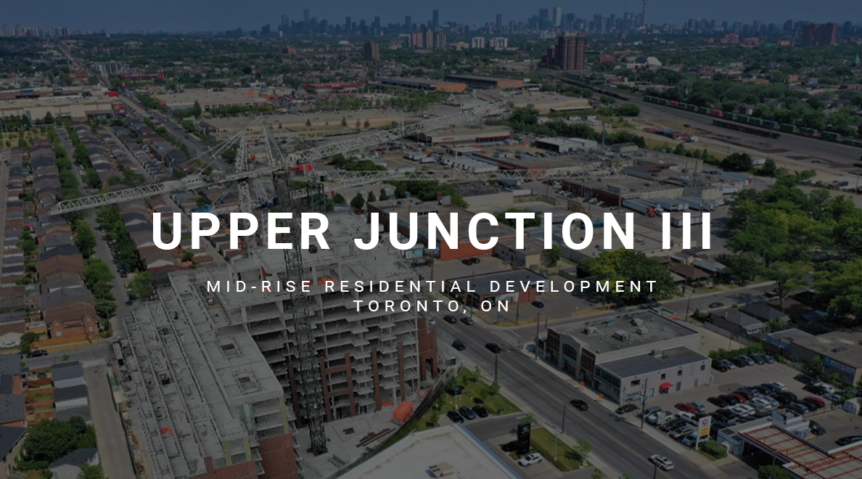 Development expands Greybrook’s presence in the Stockyards District, becoming the third investment in the area alongside developer partner Marlin Spring.

Greybrook Realty Partners Inc. announced today the successful closing of an equity investment by its managed issuer of $20,000,000 to acquire and oversee the development of a prime parcel of land located at 2237, 2255, and 2283 St. Clair Avenue West in the City of Toronto. Together with its developer partner, Marlin Spring, the firm intends to develop the land into a mid-rise condominium residence comprised of two connected buildings consisting of over 380 units.

Located on St. Clair Avenue West, between Runnymede Road and Keele Street and in Toronto’s Stockyards District, the development site is well situated with nearby cafés and restaurants, and minutes away from RioCan’s Stock Yards Village, a 500,000 square foot shopping centre spanning two levels with over 50 major retailers and range of dining options. The site is well connected with convenient access to a streetcar stop on St. Clair Avenue West and a short walk to the proposed future St. Clair – Old Weston GO Station, included in the SmartTrack Station Program, which is anticipated to commence operations in 2026 and offer passengers direct access to Union Station in approximately ten minutes. The development site is steps away from popular outdoor recreational parks and activities, including Runnymede Park and an outdoor ice rink at George Bell Arena, and is a short drive to the Gardiner Expressway, offering easy connection to Toronto’s downtown core and Highway 427 and 400 series highways.

“This is a great addition to our development portfolio and an opportunity to further expand our footprint in Toronto’s burgeoning Stockyards District neighbourhood with our developer partner Marlin Spring,” said Jared Berlin, Executive Director, Asset Management, Greybrook Realty Partners. “The development site is directly across the street from our Stockyards District Residences that is expected to begin occupancy in early 2022, and adjacent to our Upper Junction II development. These developments, along with others in the neighbourhood will encourage more retail and lifestyle amenities as the buildings are completed and add to a neighbourhood known for its strong community roots and excellent current and future transit options.”